How Your Mindset Affects Negotiation

Your mindset affects everything in a negotiation. It governs how you act, how you speak, and how you react to what the other side says. That’s why it’s so important to have the right mindset whenever you sit down at the table.

If you go into a negotiation determined to make the communication about them, you’re going to crush it. If you go in with the mentality that you’re going to be happy no matter what, you won’t be depressed regardless of what happens. On the flip side, if you go into a negotiation hoping that there’s not going to be a problem and then all of a sudden there is, it throws your whole mindset out of whack. If, on the other hand, you go in prepared to deal with issues—whatever they might be—you’ll be ready to handle whatever comes your way because you’re expecting something to come your way.

More than three decades ago, Dr. Carol Dweck—who’s now a professor at Stanford University—developed the idea of mindset, or the set of beliefs and attitudes that guides an individual’s actions.

Generally speaking, many of us go into negotiations with a fixed mindset. We outline the specific parameters of the deal and the steps we need to agree to in order to get there.

It’s not the right approach. When you have a fixed mindset, you’ll never be able to come up with an agreement between you and your counterpart beyond the terms you have in mind. Sometimes, a little creative thinking can go a long way toward helping you come up with deals that make sense but are a little outside the box.

For example, if we at Black Swan had a fixed mindset for how we sold corporate training packages, we might be able to offer one or two products, and that’s it. But we would never be able to enter into a five-year partnership with one organization we work with—and really create lasting cultural change for the entire company. We would have never gotten there without having a growth mindset with respect to our product portfolio.

Bottom line: If you go into a negotiation with a mindset in which you think you’re about to be in a debate, the negotiation will seem like a debate. If you go in with a mindset that you’re going to verbalize your counterpart’s perspective and really understand where they’re coming from, they will close themselves. We didn’t know that the client referenced above needed change management support, but we kept an open mind and let them create the product for us.

It’s no secret that the COVID-19 epidemic has crushed many businesses. But not every company is in the pits. The people who are doing the best right now are those who have been in business for long enough to have seen previous crises—like the housing market crash and 9/11. They understand that, every 10 years or so, the world is going to wreak havoc on the economy because of cyclical market cycles.

So, they operate under the mindset that there could always be an event that nobody can predict lurking around the corner. Then when something like COVID-19 rears its ugly head, they’re positioned to respond to it because they see crises as an opportunity instead of an obstacle.

Many businesses (but not all of them) that are currently struggling thought they were sitting pretty. They didn’t prepare for the unexpected, and they were caught with their proverbial pants down. You’ve got some hospitals around the country laying off something like 200 employees in the midst of a pandemic. How does a hospital, the chief function of which is to take care of sick people, fire healthcare workers when they’re needed the most? It starts with mindset.

Fans of basketball no doubt know about Michael Jordan’s infamous “flu game,” in which Jordan scored 38 points against the Utah Jazz in Game 5 of an NBA Finals series that was deadlocked at two games apiece—despite the fact that Jordan was incredibly sick and was suffering with flu-like symptoms that day.

That performance is a testament to mindset. It’s the epitome of how mindset can affect performance. Ever the competitor, Jordan wanted to win so much that he didn’t let sickness take him off his game in the slightest.

What I love most about that game is the fact that teammate Scottie Pippen had to help Jordan off the court after the final buzzer sounded. When Jordan had already won the game, there was no more need for his mindset. So, once he reached his goal of a win, he snapped back to reality and couldn’t even hold himself up.

It just goes to show the transformative impact mindset can have on outcomes. Yet mindset is only part of the battle. You also need to know as much as you can about the person sitting across the table. Check out our free guide, Three Negotiator Types, to find out more about who you’re up against. 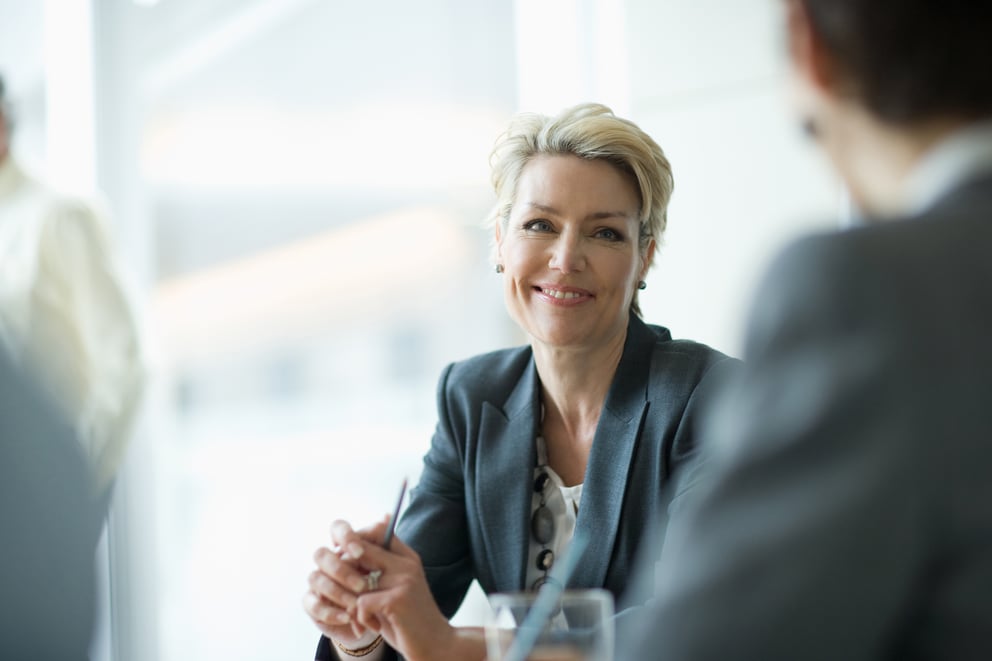 How to Develop Your Mindset Before a Negotiation

In a previous post, we outlined the important role mindset—the set of attitudes, beliefs, and...

Many negotiators are stifled by what business coach Dan Sullivan calls the gap or fixed mindset....

What’s Wrong (and What’s Right) with ‘Always Be Closing’

What’s wrong with “always be closing”?  To start, it’s pushy. You can’t approach the situation with...