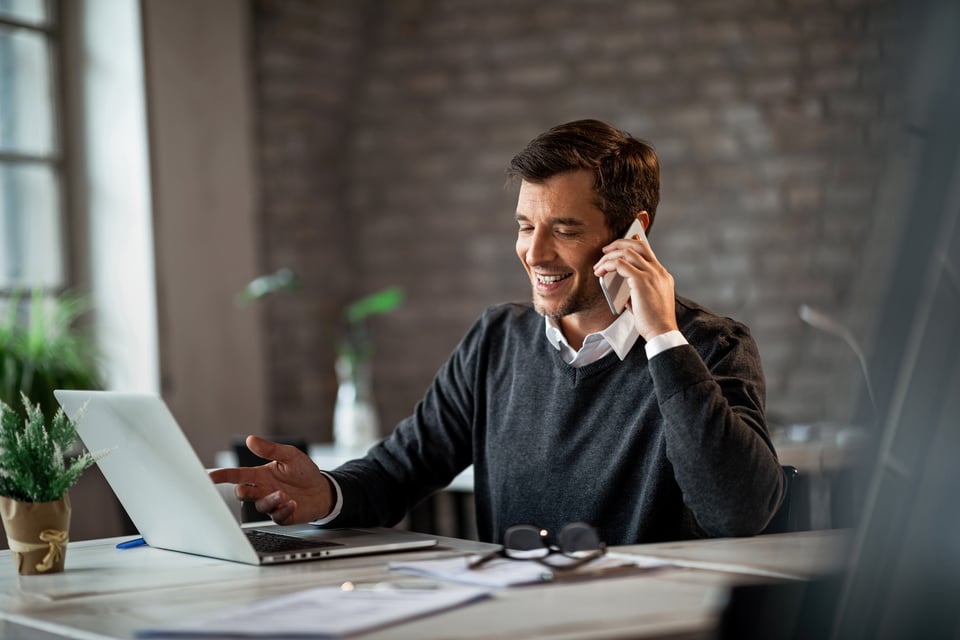 In order to improve your negotiation and communication skills, you need to decide to make the change in the first place. Being called upon to make the deals that no one else can make starts with changing the way you approach every negotiation.

When you’ve made the decision to consciously change your approach, follow this simple four-step plan of action to improve your negotiation skills and make the best deals possible. 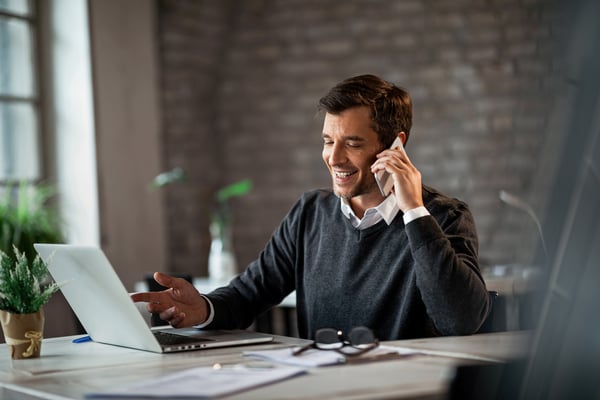 You’ll continue to default to your tried-and-true habits.

Getting your negotiation skills to the next level starts with reminding yourself what you’re going to do things differently in your approach this time around. And that requires a mindset shift—a change in the systems, assumptions, and beliefs that have guided your approach up until this point.

2. Go in Expecting to Be Caught Off Guard

Most people walk into negotiations thinking things like I hope the other side doesn’t get mad or I hope this conversation doesn’t last more than an hour.

But when you hope things don’t go poorly and they do, you get freaked out—which derails your ability to be flexible. In this kind of situation, you’ll have an avalanche of negative thoughts brewing in your mind—which affects your cognitive ability in the moment and makes you less smart/dumber.

To illustrate: I love to go fishing in the Rocky Mountains—grizzly bear country. There’s a good chance I’ll run into a bear sooner or later when I’m out there. Luckily, I haven’t come close yet. But if I’m out there thinking I hope I don’t run into a bear and all of a sudden I stumble upon a bear bed, I’ll probably pass out on the spot, and things won’t end too well for me.

Instead, I go out there expecting to run into a grizzly every time. That way, if I ever end up face to face with one, I’ll be mentally prepared to not freak out, react accordingly and level headed.

So walk into each negotiation expecting to be caught off guard. When you’re expecting the other side to say things that make no sense or go against your priorities, you’ll maintain your composure when the conversation takes a turn for the worse.

3. Leave Your Biases at the Door

If you go into a negotiation expecting to explain everything to the other side and they don’t hear it, you’ll get frustrated. Then your counterpart will undoubtedly feel  your frustration, and the conversation might stall then and there.

On the other hand, when you go in fully prepared to make the other side feel comfortable and show them you understand where they are coming from, you can build rapport and generate respect very quickly.

Everyone wants to make a deal in which they end up better off than they were before. If your whole focus is on them and getting them to elaborate on the world they occupy, you immediately become more trustworthy.

Remember, the negotiation is about them—not you.

The golden rule doesn’t work here because, though it may be well intentioned, the person across the table isn’t you. Maybe they don’t like the same things you do.

In these scenarios, the platinum rule reigns supreme—treat the other side how they need to be treated. (The silver rule might apply here, too: Don’t treat others the way you don’t want to be treated.)

Leave your biases at the door and sit down at the table with an open mind. Great things will happen.

4. Let Go of the Pressure to Respond Immediately

Many of us have the tendency to feel like we need to respond the moment the other side stops talking. They’ve said their piece, now it’s time to say ours.

Let go of the social pressure that forces you to feel like you need to respond immediately to what the other side says. By using dynamic silence, you can create a tremendous amount of space for yourself—to the point that the other side might feel the need to keep talking, giving you more information.

Either way, you need to give yourself time to think about what the other side said in order to respond at the highest level. When you appear to be taking all angles into account and really considering the best way forward, you come across as very thoughtful. You become the kind of person that everyone wants to talk to. And that’s the precursor to trust-based influence.

Improving your negotiation and communication skills starts with developing a plan and acting on it.

You might not be able to get to the next level overnight, but with enough grit, determination, and repetition, these skills can become second nature—making it that much easier to get the other side to agree to the terms you lay out whenever you sit down at the table. 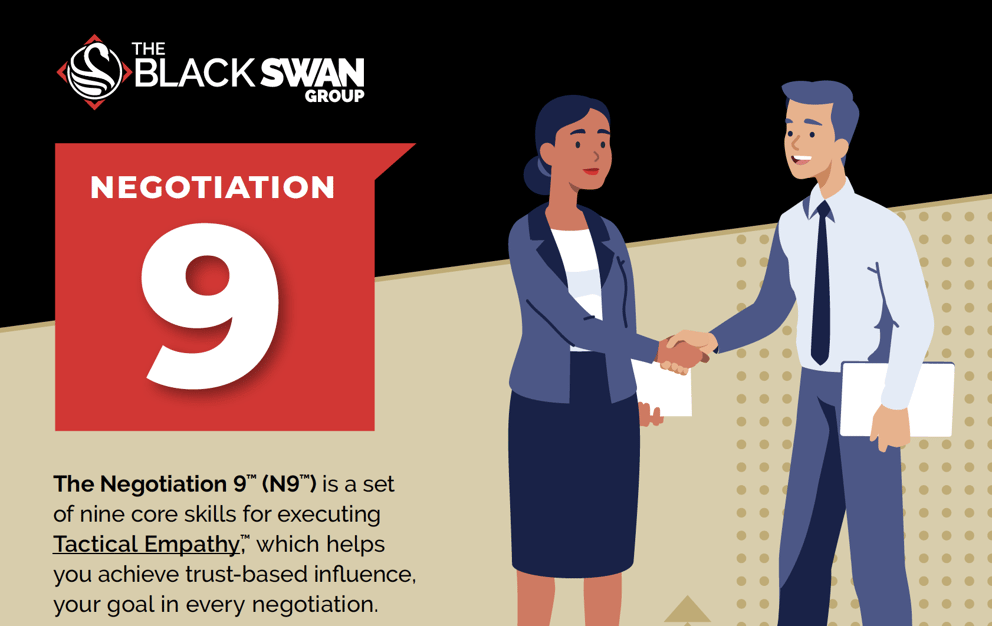 Negotiation is a science as well as an art. When you have all the right ingredients, magic can...

The Simple Negotiation Tactic That Will Get You Hooked

Most of us want to get better at negotiation. And when we think of where to start after reading... 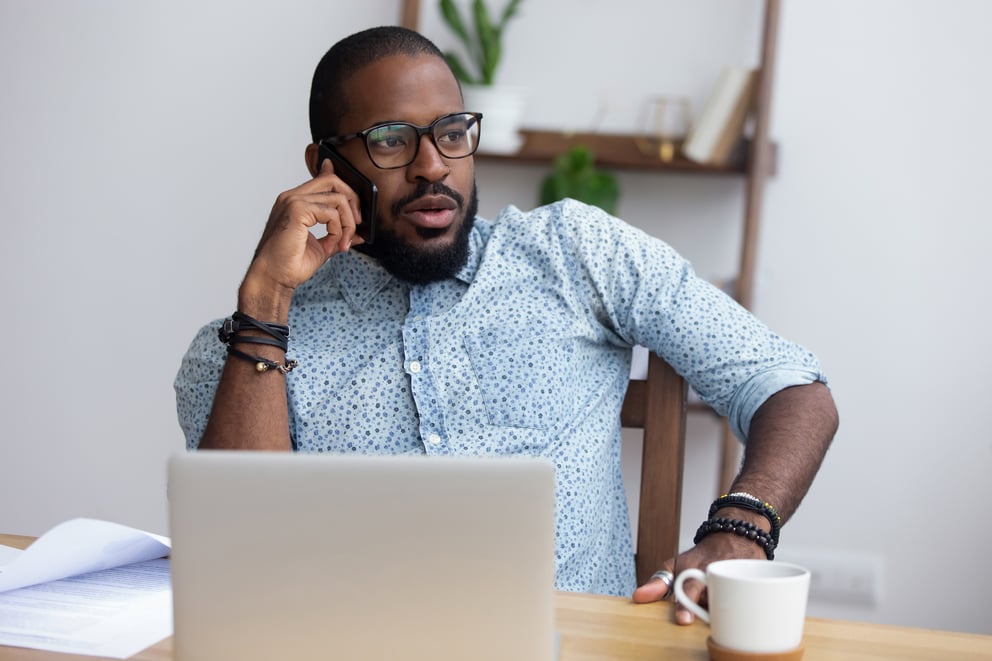 Negotiation Tactics to Use Over Email, on the Phone, and Face to Face

Whenever you interact with someone—whether it’s over email, on the phone, or face to face—they tend...